Antique pictures created by humans date from pre-history, some cave examples date from 40,000 BC. Probably most at that time were associated with tribal rituals. Few early paintings survive, some for example on Roman murals and on Greek Attic vases.

Medieval and early European painting focused largely on religion. During the Renaissance in Italy, 14th to 16th centuries, the many masterpieces we are familiar with were created. Patrons then being the wealthy Catholic clergy and nobility.

From about 1600 new rich and prosperous merchant middle classes became patrons, fostering an interest in non-religious subjects. As the 17th century dawned, the Dutch school of old master pictures led the world. This was referred to as ‘The Golden Age’.

Huge numbers of pictures came onto the market bringing with it art dealers. At this time King Charles I (1600-1649) set the fashion for Royals to collect fine art – this continued right up to the Hanoverian Succession. Picture collections in England are among the finest in the world. See www.royalcollection.org.uk/collection 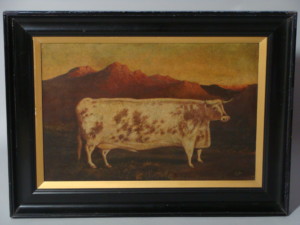 And this oil on canvas of a black gentleman in 18th century livery: 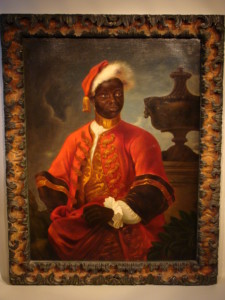 Most important is to buy pictures that appeal to you and those that harmonize best with your personal taste.