The earliest recorded use of furniture dates back to at least the Early Dynastic period in Egypt Ca. 3500 BC. We know this from contemporary wall paintings. Beds/recliners seem to have pre-dated most other furniture, and some rare fragments survive, excavated from dry desert tombs.

Few tables are recorded, mostly they are low to the ground, supported on four animal carved legs. Some were in wood, stone or bronze. Most however were used in relation to religious ceremony. 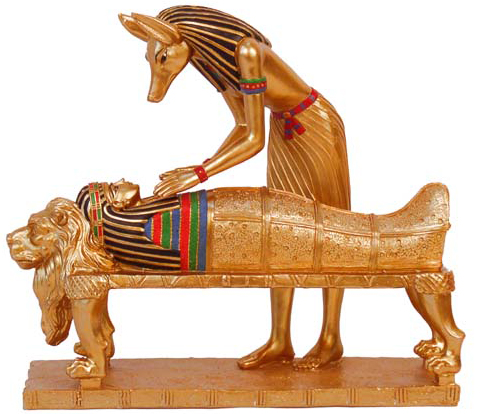 Anubis and the sarcophagus of King TutLow chairs and stools were also known in carved wood, lacquer or bronze, sometimes incorporating bone, plentiful in that part of Africa. Chairs were essentially reserved for the elite. Interestingly, the Egyptian hieroglyph of a seated man = a VIP. If the chair had arms, a VVIP. 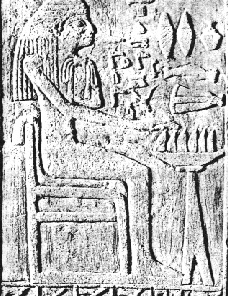 In the early period, however, most people were restricted to sitting on the floor/mats.

Catal Huyuk in Turkey, perhaps one of the earliest depictions of an ‘X’ frame stool Ca. 3000 BC. The world’s oldest city in Anatolia, 8000 BC. 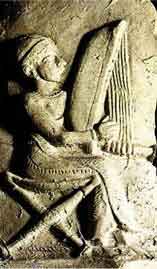 Fast forward to around the 4th century BC. Sitting raised above the ground became known to the Chinese around this period from contact with ‘Barbarians’ (nomadic people from Central Asia), who sat on raised platforms. The ancient trade routes would have made this contact possible. This form of seating survived well into the Han dynasty 206 BC – AD 220, and gradually evolved. Monks and people of high rank in the 8th century AD are depicted sitting on low tables being revered by those who sat on the floor.

Between 900 AD and 1100 AD, according to tomb paintings, the chair evolved into something we might recognize today. Sitting on the floor, however, remained reserved for the common people.

The earliest surviving examples of ‘modern’ chairs date from the Ming Dynasty (1368-1644). These early designs remained largely unchanged until the present day, rendering dating attempts contentious. Many hotel lobbies and antique shops in present day China have accurate and, in their own right, excellent copies of these early designs. The late 19th century and 20th century was responsible for a general degeneration of design, aimed at demonstrating wealth rather than taste, through elaborate carving and complex mother-of-pearl inlays. This period is easily recognizable and not featured here.

As encountered in other civilizations the ‘chair’ did not come into its own until people got up off the floor/mat to sit on simple oak stools. This transition in England is hard to date accurately, but from early records it would appear to have occurred in the very early medieval period in England.

Oak was plentiful in England, and almost all recorded furniture from this period until the late 16th century would have been made in oak cut from the huge forests covering England at that time. 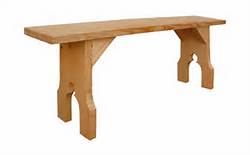 The simple oak form was mainly used by superiors, and slowly evolved from long benches with backs and arms, into the oak wainscot chair, of which many survive. Much of this early furniture was ‘joined’ i.e constructed without the use of nails or glue.

Simplicity was the order of the day in early times, gradually giving way to more elaborate carved examples through the reigns of various English monarchies, such as Elizabeth I and Henry VIII. The strict Commonwealth under Oliver Cromwell gave way to the accession of Charles II in 1660, when once again opulence and ‘show’ became all the rage.

The Queen Anne period 1702 – 1714 and the Hanoverian succession produced their own designs :

It was with the advent of trade with ‘India’ via the sailing ships of the East India Company, that the China Taste became popular with many English chair makers following Chinese inspiration. This fashion evolved right through the 18th century to the early 20th century. 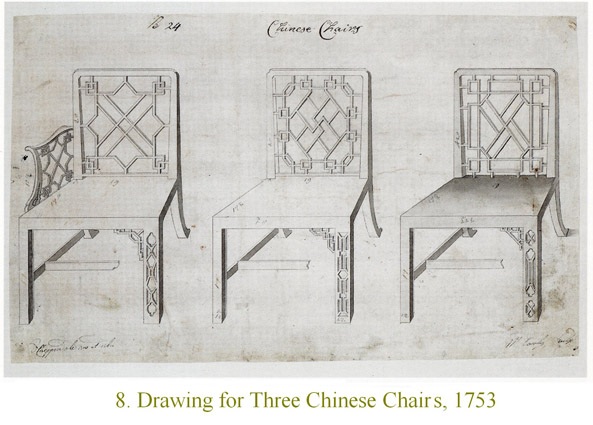 Although the above is a very elementary outline of the evolution of the antique chair from ancient times to Ca. 1750, I do hope it is of interest. Any comments will be most gratefully received. Everybody is of course most welcome to visit us at Box House Antiques. The Victoria and Albert Museum is a superb reference as is the Metropolitan Museum, New York.